Join us on October 7th for this special webinar event!

The High Performance Computing for Energy Innovation pairs industry partners with computational scientists at the DOE national laboratories to increase energy efficiency and reduce greenhouse gas generation in products and processes. The theme of this year’s Virtual Manufacturing Day Event will be to discuss technology needs in areas of high priority to DOE given the recent emphasis on combating climate change. We will explore the topics of decarbonization of industrial processes; research needs in the areas of carbon utilization and concentrated solar energy; and the issues around high hydrogen fuel mixtures for gas turbines or internal combustion engines. Hydrogen fuel mixtures presents unique challenges in combustion and combustors in terms of temperature and material degradation effects. We will engage in discussions to elucidate research topics to encourage researchers to apply capabilities to their solutions. 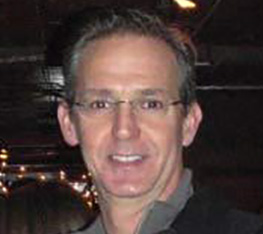 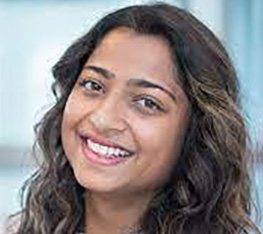 Amishi Kumar Claros works in the Department of Energy (DOE), Office of Carbon Management as the Acting Division Director of Carbon Dioxide Removal and Conversion. The Carbon Management Office works to enable the demonstration and ultimately deployment of technologies for carbon management and mitigating challenges of fossil fuel use in a just and sustainable way, with the goal of achieving net-zero GHG emissions by mid-century. Previously, Amishi was a Science and Technology Policy (STP) Fellow in the DOE where she gained experience in Carbon Capture, Utilization and Storage (CCUS) and a broader understanding of technical, economic, and policy-based changes occurring within the energy industry.

Prior to joining the DOE, Amishi was a Program Coordinator at the United States Energy Association. She earned a masters Geological Sciences, as well as Environmental Sciences at Indiana University; she received her bachelors at Vanderbilt University.

In her free time, Amishi enjoys camping, eating, yoga, and organizing trash pick-ups in local parks. She has worked at the National Park Service through the AmeriCorps program at Mount Rainier National Park and San Juan National Historic Park. 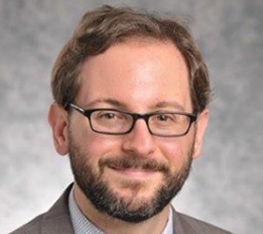 Dr. Avi Shultz is the program manager for concentrating solar-thermal power (CSP) for the U.S. Department of Energy’s Solar Energy Technologies Office (SETO), which supports research, development, and demonstration of solar-thermal components and systems that can enable wide-spread deployment of low-cost CSP with thermal energy storage. Dr. Shultz has been with SETO since 2013, where he started as a science and technology policy fellow, supporting the CSP program on a wide variety of topics.

Before joining SETO, Dr. Shultz was a post-doctoral fellow at the University of Amsterdam, after getting his Bachelor and Doctoral degrees in Chemistry, from Columbia University and Northwestern University, respectively.

All times are in Pacific Daylight Time